The European Patent Office (“EPO”) has recently launched a user consultation on the novelty requirement under the European Patent Convention (“EPC”), specifically focusing on the question of incorporating a general grace period into the EPC. Currently, the EPO applies the concept of “strict novelty”, wherein any disclosure of an invention by anyone, anywhere in the world, can be used to prevent an applicant obtaining patent protection for that invention. The only exceptions to this principle are an “evident abuse” in relation to the applicant, for example a breach of confidence leading to the invention being disclosed against the will of the applicant, or display of the invention at certain international exhibitions.

However, a number of territories worldwide, including the USA, Japan and the Republic of Korea, operate a so-called “grace period”, in which it is possible for the inventor or applicant to make a self-disclosure and still validly file a patent application within a period of time after the self-disclosure. Nevertheless, the exact nature of these grace periods, including the period of time in which an application can be validly filed, which disclosures are not considered for the purposes of novelty and/or inventive step and the location of the disclosure, vary significantly between different territories. This can add a significant degree of complication to an applicant’s patent strategy in the event of a disclosure. Further information about grace periods, including in different areas of intellectual property, can be found here.

The EPO has resisted implementing a similar policy, even after a number of similar prior consultations, partially due to the lack of international harmonisation on grace periods. However, if the feedback to the present consultation is supportive of grace periods in general, this may encourage further international harmonisation on grace periods, and could even lead to territories that do not have general patent grace periods, such as the UK, France and Germany, to consider implementing similar policies in their national patent systems.

The EPO has employed an international research agency to conduct the survey amongst randomly selected EPO patent applicants from a variety of sectors within and outside Europe, including universities and SMEs, and expects the consultation to be completed some time in spring 2022.  If you have been contacted about this survey, Wynne-Jones will be happy to discuss what the consultation means to you. 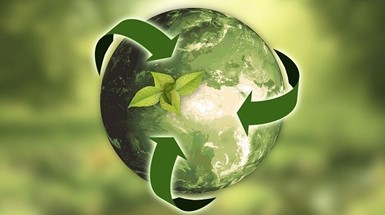